As a Danish company carrying the slogan “cold hard facts” we received some very uplifting news last week in the aftermath of the Danish parliamentary election. One of the largest Danish newspapers have decided to scrap political polls as a way of gauging the opinions in the population.

That is very good news indeed because we have been been travelling the world with a presentation containing an image of Donald Trump and a large Union Jack flag for years now. Admittedly, this is not the most creative way of communicating our point, but an efficient one and understandable all over the world:

Perceptual measurement is failing. And not in the “fake news” kinda way, so please don’t try to say the words in the voice of Mr. Trump himself. With only two outcomes (Trump/Clinton or Remain/Leave) the polls still got it wrong – and wrong with a large margin.

We firmly believe the methodology behind the classic perceptual research is outdated. It comes from an age when there was less fragmentation, less division, fewer choices and clear differences between genders and age groups.

In todays world you can be eco-friendly but have tough opinions on immigration. You can be 24 and have the perspective, opinions and taste of an older person. You can like pop music but still hate the voice of Justin Bieber with all of your heart.

Furthermore, there seems to be a trend – maybe it is the “like culture” introduced by social media – that people will not always admit to their true taste or opinion but rather try and radiate a particular image and keep the beliefs and preferences inside.

Thing is, when building a hit radio station, it is great to get people to say they like you via branding. But if they really don’t; they might just like the idea of liking you or the image it reflects to say they like you – the listening sessions become very short and no loyalty is built.

Back to the Danish election where polls were off by as much as 10% and couldn’t predict huge wins for the parties who ended up celebrating. This led to Jyllands Posten finally ending their spending on political polls. Now they will need to rethink the way they measure opinion to hopefully hit the head of the nail next time instead of not even being in the same ballpark.

You need to do that too if you still rely on methodology essentially built on “do you like this song” and “how well do you know this song”. It doesn’t work anymore and if you want to see the future of measurement, we have got some nice stuff for you.

Start by checking out this video that show you how we do music testing – by observing listeners instead of asking them what they like. Built to create sharper music profiles and higher Time Spent Listening numbers – and to be available when you need it; not three weeks after you started playing a song.

Just one note: since the demo video was produced we have also included familiarity numbers in the tests; so you can still use the mindframe you have always used: score vs. familiarity.

Send me a line if you are ready to also dump the perceptual way of thinking and to start acting on the behavior of your listeners in stead. 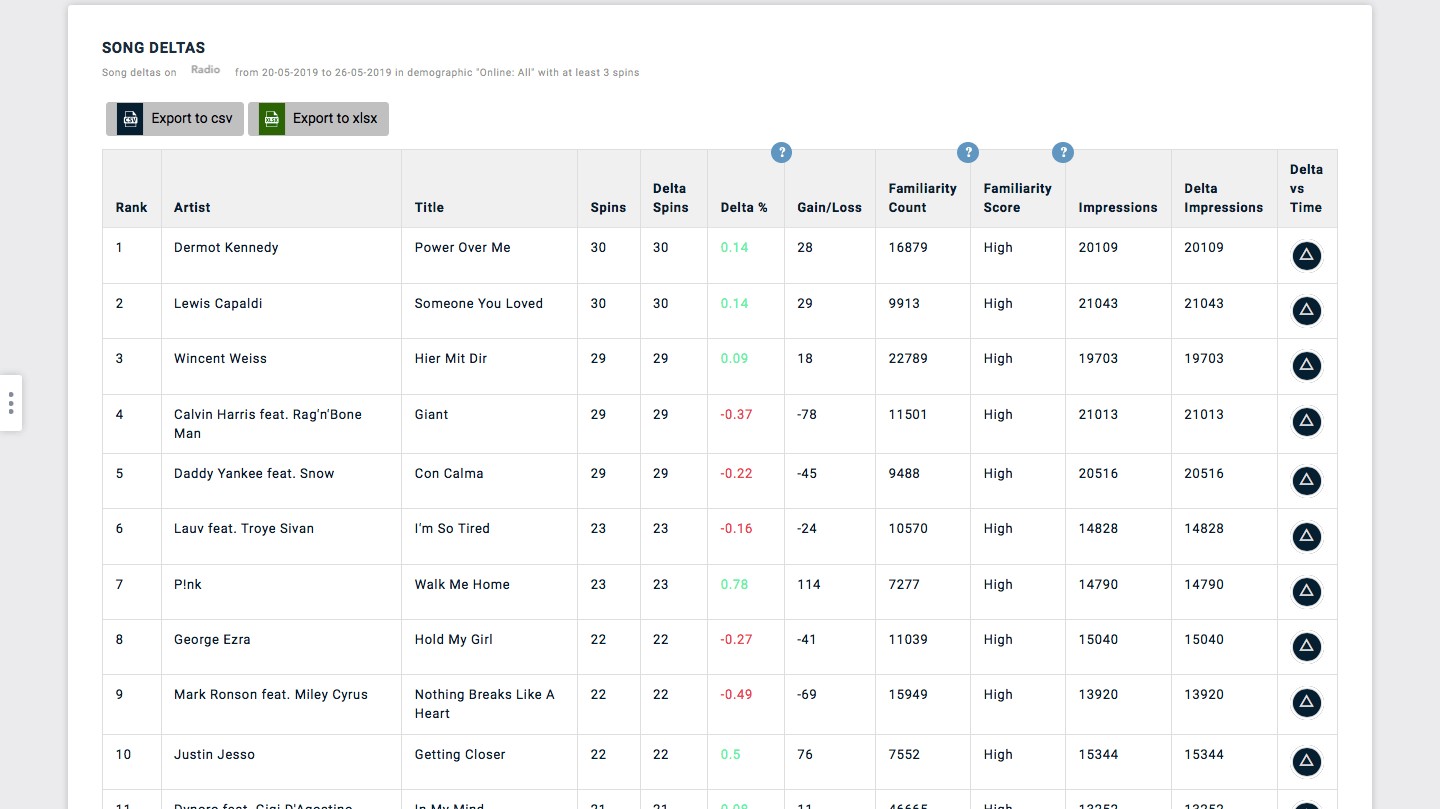 A True Gentleman Has Passed Away

Ten Key Takeaways for Radio in the Pandemic

An Apple A Day…

I’ve spent the past weeks in overdrive crunching more data than I have ever digested before on behalf of @RadioAnalyzer clients all over Europe.

Trend: listeners trust radio to deliver. Some channels are rewarded, others disappoint and are punished.

3 Christmas Promotions That Work… and 1 That Doesn’t

Music Sweeps and How They Don’t Work

Our Clients Grow Faster Than Others